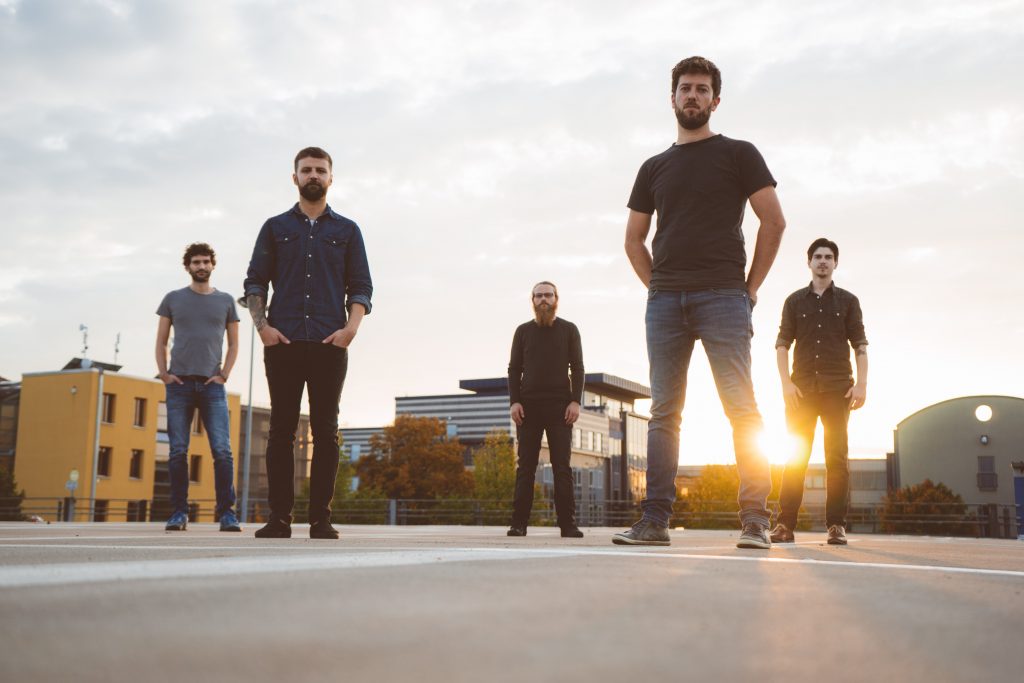 The Yellow King was founded in spring 2015 out of former members of the bands LLynch, Traeos and In The Event Of Fire. Their musical style consists of an up-to-date mixture of metal, hardcore and post/math-rock.

The Yellow King serves hard and heavy music that crashes strongly in the ears. Besides the dark basic nature, their sound attracts attention due to atmospherecial elements. The different musical backgrounds of the band members merge into a total package that sets a course in their local music scene – and beyond.

After the production of demosongs, the band signed a recording contract with Barhill Records. The debut album called „Debris And Modern Wreckage“ was recorded single-handedly, then mixed and mastered at RAMA Recording Studio. It contains eight songs with 40 stunning minutes of playing time. Keep your eyes and ears open for The Yellow King.